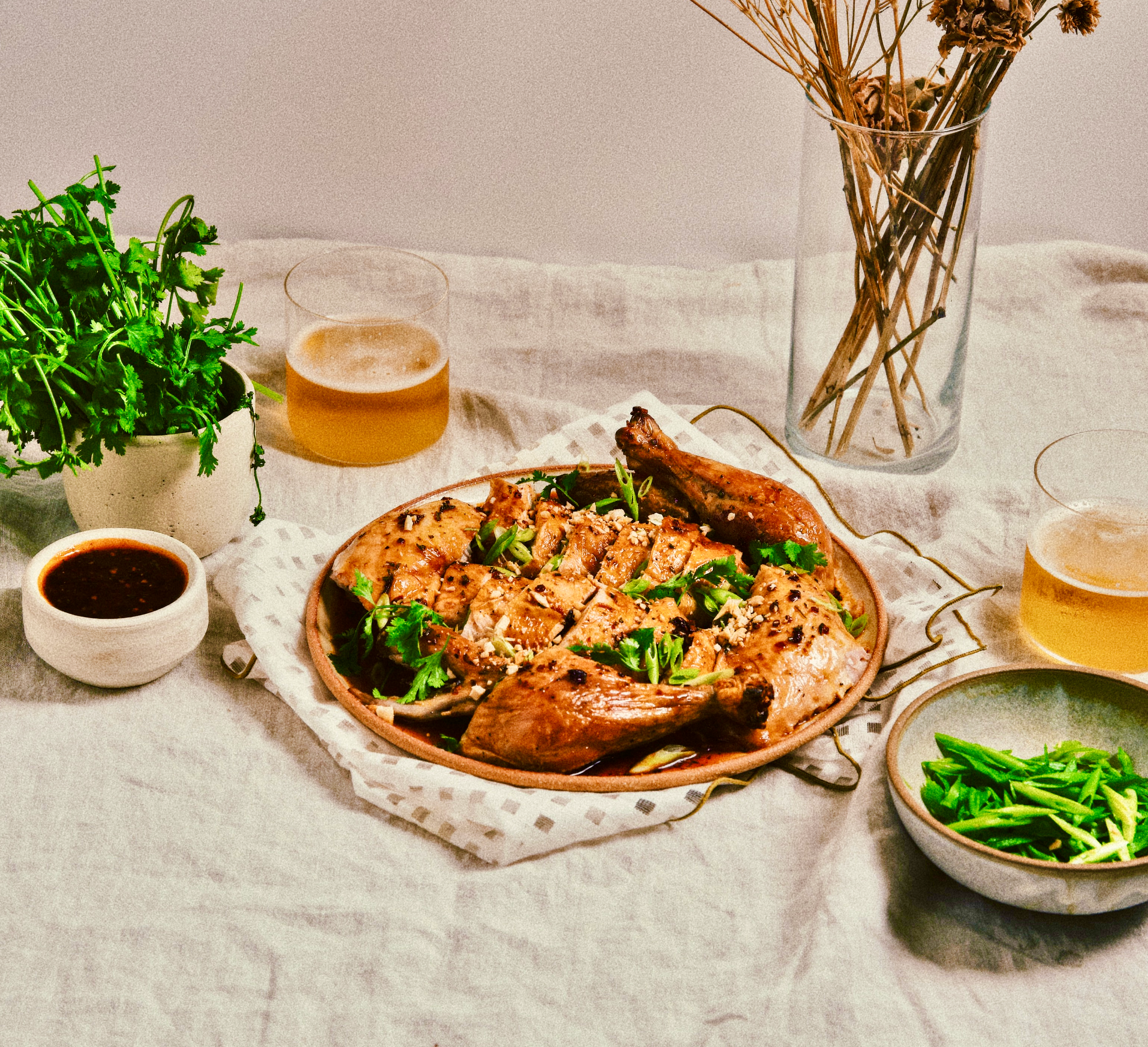 I grew up with a white grandma. She had short brown hair and the presence of your favorite first grade teacher delightfully showing you around the kitchen as if she were high. She moved around her spotless white kitchen with ease, her marble countertops filled with organized glass bowls full of ingredients I had never seen before. Creamy cubes known as butter would magically melt in sticky mixtures of sugary dough. Golden streams of an oil I didn't recognize would coat everything from savory whole vegetables to marinated meats and even sweet dishes like cake. She'd later tell me it was an oil made of olives.
"Aren't olives green?" I'd ask. She would never respond.
Sprigs of leaves that looked like my dad's pile of trimmings in a trash bag after he did yard work sat neatly on her marble countertop.
"Rosemary and thyme" she said with a smile, smelling them with delight before stuffing them up a chicken's ass.

I watched as she put the whole chicken into our pot storage, which I would learn was actually called an oven. "Mental note, pot storage also doubles as a microwave on steroids" I thought to myself as she closed the oven door. Minutes later, what was once a grotesque headless animal laying in a mattress of raw vegetables had transformed into a golden brown roast chicken masterpiece, its skin crisped and gleaming sitting on a pedestal of roasted carrots, fennel, and onion. My mouth drooled even though I couldn't smell a thing, my face getting as close to the TV screen as possible to watch Ina Garten carve her famous roast chicken.

"POPO 婆婆!!!" I would scream, yelling for my real grandma to come in time to watch my TV grandma serve another delicious meal. My grandma would run over with a bowl of noodles and hand one to me, each bowl coated with aroma of scallion and ginger swimming in a light pork broth. We'd slurp our noodles together in unison as Ina cut her roast chicken into perfectly juicy pieces, enamored with a dish neither of us had tasted before but felt kinship to, subconsciously absorbing a new set of flavors and techniques that years later would mix with our Taiwanese heritage and become something uniquely our own.

I love whole roasted chicken because I love Ina Garten. Me and my grandma used to watch her on the Food Network after school while she'd make me after school snacks. Even though the oven in our household was essentially a glorified pot holder, we still loved fantasizing over what those luscious roast chickens tasted like. This is my homage to those days with my grandma, a juicy, whole roasted chicken made in my own oven thats soaked in the nostalgic flavors of scallion, ginger, and childhood.

For more goodies, subscribe to get the latest on recipes and essays like these, updates on the upcoming cookbook, and more.